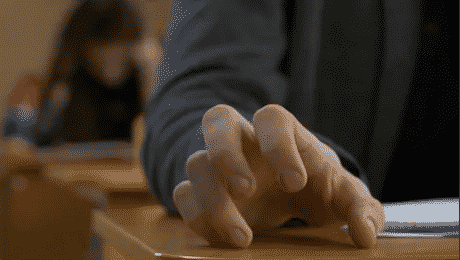 Fidgeting has had differing meanings over time – from being defined as an action that one does that makes others uncomfortable/annoyed to being viewed as a signifier of inner anxieties. Most of the time we are unaware of doing it.
[adguru adid=”1221″]

The term fidgeting means making small restless, nervous movements with your body, usually your hands and feet: such as playing with your hair, bouncing a leg, clicking a pen repeatedly. The act of fidgeting (excessively) has gained psychological significance as a marker of ‘psychomotor agitation’.

But if you fidget often, are you experiencing a symptom of anxiety? Let’s start by understanding more about fidgeting.

Why do people fidget?

Fidgeting refers to repetitive behaviours that are unrelated to the task at hand – such as touching the face frequently, tapping fingers, smoothing clothing, rocking back and forth, pacing, etc. 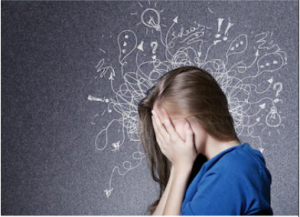 As a survival mechanism, our bodies are designed to quickly kick into action when a threat is perceived using the fight/flight response. Upon encountering a threatening situation, the nervous system reacts by initiating a sequence of hormonal changes and physiological responses to fight or flee the situation. Adrenaline and cortisol hormones are released; the heart beats faster as blood is pushed to the muscles, lungs. With the elevated levels of stress hormones, the muscles are prepared for a sudden exertion.

However, this fight or flight response can be activated from mental stress as it prepares the body to react to the danger. The body can also overreact to stressors that are not life-threatening.

Since there is no actual danger, all of the adrenaline flooding the body cannot be used. This excess adrenaline leaves us with a lot of energy that causes physical discomfort, including feelings of restlessness. Restlessness is a direct result of the fight or flight response being activated. Fidgeting tells the brain that the body has excess energy which it needs to burn.

Can fidgeting be helpful?

While fidgeting may be a sign of many things, it can also be harnessed to boost focus and improve attention and alertness. Research shows that fidgeting can prevent prolonged sitting-induced leg dysfunction by increasing blood flow in the arteries of the leg. Another study found that fidgeting also helps regulate body weight.

So while it may be associated with anxiety, engaging in fidgeting behaviours does not necessarily mean the person has an anxiety disorder.