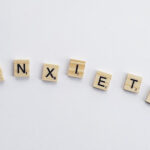 Anxiety and Social Anxiety: Is it the same?

Anxiety- a common mental disorder which many people suffer from all over the world. It is one of the most prevalent psychological disorders in the world.

Anxiety can occur in different situations of excitement or anger and some amount of it is normal. However, when the intensity of such feelings of anxiety starts to peak, affecting your daily life activities, it is known as an anxiety disorder.

Anxiety can be of many kinds such as:

However, not all of these are considered to be the same.

Though it is possible to be diagnosed with both anxiety and social anxiety at the same time, they are not essentially the same thing.

What is Anxiety and Social Anxiety?

Anxiety is a future oriented response which involves both cognitive and emotional components, in which an individual feels apprehensive, tense and uneasy about something.

People suffering from anxiety go to great lengths to avoid situations that might provoke such emotional responses.

Social anxiety, on the other hand, is a marked and intense fear of social situations in which the individual may be scrutinized or judged by others. Some people may experience social anxiety only in particular situations. Regardless of when they might experience such feelings, it is centred on a desire to avoid humiliation or embarrassment.

Social anxiety is widely experienced by children more than adults, because of past events rooted in their childhood.

For instance, someone with social anxiety disorder may have difficulty starting a conversation at a work happy hour for fear that they will appear anxious or say “something stupid,” and be ridiculed by their colleagues.

Though anxiety and social anxiety are distinct problems, there exists a number of similarities between the two.

The bottom line: Both these conditions can significantly reduce a person’s quality of life. Hence, it is important for people with these conditions to seek treatment. Psychotherapy, medications and social support can reduce uncomfortable symptoms and allow people to live their lives in the best possible way.

Sakshi is a Psychologist with expertise in research and writing, she can make the most complex topic sound simple! She has completed MSC in Counselling Studies from the University of Edinburgh, Scotland. Also, She loves books and music and forgets the world once earphones are plugged in.

Stomach Pain from Anxiety: What does it feel like?