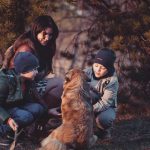 Before reading this article I would like you to have this small test which will tell you about what parenting style you’ve adopted for your children, so that you’ll be able to benefit from the content in the article.  http://comprehensivepsychology.com.au/assets/pdf/PARENTING%20STYLE%20QUESTIONNAIRE.pdf Parenting can be a terrifying responsibility to take on for most of us. Being responsible for bringing a child into the world and raising him/her right is a something many of us might feel unprepared for. We worry about so many things which may go wrong. We try to read books on parenting, talk to our own parents and others, watch videos in order to understand ‘how to parent’ and raise our child in the best possible way. There is no such thing as a perfect parent just as there is no such thing as a perfect child. Parenting is a skill which is perfected through practice and experience. The parents’ and the child’s temperaments will have a huge influence on their style of parenting as well. Each parent will have their own unique way of raising their child. The parenting styles are as follows: The permissive parent attempts to behave in a nonpunitive, acceptant and affirmative manner towards the child’s impulses, desires, and actions.  Such a parent will consult the child before taking decisions and explains family rules to the child.  However, a permissive parent makes few demands of the child regarding household responsibility and orderly behavior.  The parent presents himself/herself as a resource for the child to use as he/she wishes, not as a role model or a healthy disciplinarian. The child is allowed to regulate his/her own activities as much as possible without being forced to obey any rules. Permissive parenting often results in children who rank low in happiness and self-regulation. These children are more likely to experience problems with authority and tend to perform poorly in school. The authoritarian parent attempts to control the child according to a strict standard, which he/she sets or which he/she believes their faith has set. The parent values obedience as a virtue and uses punishment, often corporal, when the child does not follow the parent’s edicts. Such parents do not encourage verbal give and take, believing that the child should accept his/her word for what is right. They do not explain the reasons why certain family rules are in place and do not allow the child to ask questions. Research has shown that authoritarian parenting styles generally lead to children who are obedient and proficient, but they rank lower in happiness, social competence and self-esteem. The authoritative parent attempts to direct the child’s activities but in a rational, issue-oriented manner. The parent encourages verbal give and take, shares with the child the reasoning behind his/her rules, and solicits any objections the child might have. Both independence and disciplined conformity are valued. Therefore, the parent exerts firm control at points of where the parent and child disagree, but does not hem the child in with restrictions. He/she uses reason, power, and shaping by regime and reinforcement to achieve her objectives, and does not base her decisions on group consensus or the individual child’s desires. Authoritative parenting styles tend to result in children who are happy, capable and successful (Maccoby, 1992). An uninvolved parent is characterized by few demands, low responsiveness and little communication. While these parents fulfill the child’s basic needs, they are generally detached from their child’s life. In extreme cases, these parents may even reject or neglect the needs of their children. These children tend to lack self-control, have low self-esteem and are less competent than their peers. Time to get in touch with what you really want for your child, how can you as a parent respect their autonomy and choices and modify your parenting styles for the betterment of child’s healthy mental and physical growth.

I am a certified therapist and have an experience of working with various psychological vulnerabilities for more than 4.5 years. I have been working with adults in the age range 18-40 years who present a wide range of emotional/mental health concerns. In my practice, I strictly adhere to therapies based on scientific evidence and value ethical guidelines provided by APA (American Psychological Association).

Feeling the communication Gap? Bridge it & Get closer to your child.