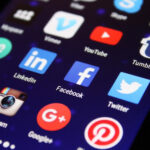 Even though media is one of the main sources of promoting information about mental health, majority of the media resources seem to throw a negative light on topics surrounding this concept.

Contrary to the above, the media has also provided positive depictions about mental health. Movies, newspapers, magazines and newsletters have made attempts to correctly inform and educate people about the same.

Personal accounts of patients and sensitive depictions in movies like “As Good As It Gets” have attempted to deliver a fairly accurate image of psychiatric illnesses and their sufferers. Some movies such as “A Beautiful Mind” has portrayed serious psychotic disorders such as schizophrenia in a good and interesting way too.

As with mental illnesses, media portrayal of psychiatrists and other mental health professionals might not have been always positive. They were quite often portrayed as neurotic, unable to maintain professional boundaries, substance users, rigid, controlling, ineffectual, uncaring, self-absorbed or mentally unstable. In very few films like Good Will Hunting (1997) and Ordinary People (1980) have been depicted as empathic.

In Indian cinema too, as in the West, psychiatrists have been caricatured and at times shown as vile or unprofessional.

The impact that social media has on people can be multi fold. Looking up and researching things related to mental health and illnesses can lead people to misunderstand things related to these topics. They then start to believe such things and end up taking the wrong decisions related to such illnesses.

Social media sites such as Facebook and Instagram have pages named as ‘Psychology Facts’. Such pages post facts related to mental health but without any authentic or credible resources and people follow and believe these facts. Needless to say, this leads to misguiding people.

These social media pages have also been coming up with new terms related to mental health or illnesses and encouraging people to use such terms. This is however not right as people use these terms in a casual manner and fail to realize the seriousness of such terms.

As discussed above, movies too sometimes portray misleading things about such illnesses and related topics.

In conclusion, media and its negative portrayal of mental health can have a major negative impact on mental illnesses. The stigma that arises due to negative media reporting can impair the self-confidence, impede recovery and create barriers for seeking treatment. People who suffer from a mental illness may internalize negative references and develop avoidant coping mechanisms that become obstacles to treatment. Experiences of discrimination and violence can also result in psychological distress.

Additionally, inaccurate portrayals of mental illnesses in films may have a range of adverse effects, such as promoting inaccurate knowledge in the society leading to misunderstandings.

Since the media cannot be controlled much, people should make sure to only follow and believe those resources which are trustworthy.

Sakshi is a Psychologist with expertise in research and writing, she can make the most complex topic sound simple! She has completed MSC in Counselling Studies from the University of Edinburgh, Scotland. Also, She loves books and music and forgets the world once earphones are plugged in.

Emotional Hunger vs Physical Hunger: How are they different?

What is Mindfulness? What are its Benefits?